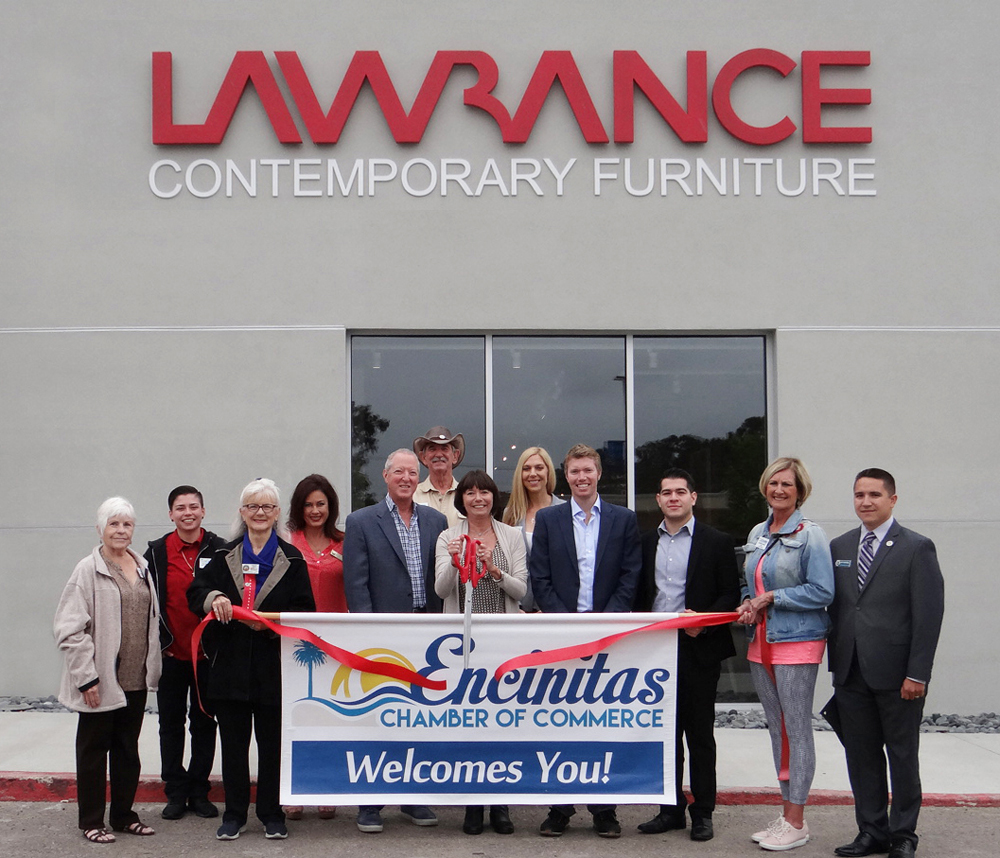 Lawrance Furniture opened their business in 1937, founded by Sadie & Herman Haimsohn. 44 years later, Ed Haimsohn along with Howard & Julie Haimsohn, the third generation of the founding family, opened a second location in Encinitas. Continuing a tradition of providing high quality contemporary and modern furnishings to the community, they curate most of their unique offerings from manufacturers in the US and Europe.

The original Encinitas Lawrance Furniture location opened in 1981. Now, 37 years later with Joel Haimsohn, the fourth generation of the family having joined the company, Lawrance has created a new Encinitas showroom at 172 N El Camino Real. They offer one of the most extensive collections of modern designs on the West Coast.

The moment you drive up to the new Encinitas store, one realizes that they have arrived at one of the top contemporary furniture stores in the country. Lawrance opened their doors at the new location just a few days ago and they invite you to join them at their Grand Opening Event starting May 19th.